Naomi House is a member of Together for Short Lives which is the leading UK charity for all children with life-threatening and life-limiting conditions and all those who support, love and care for them. They support families, professionals and services, including 52 children’s hospices in the UK, and their work helps to ensure that children can get the best possible care, wherever and whenever they need it.

Naomi House & Jacksplace hospices provide expert care to more than 340 life-limited and life-threatened children and young people, and their extended families from Hampshire, Wiltshire, Dorset, Berkshire, West Sussex, Surrey and the Isle of Wight. Their nursing, care, play and family support teams are experts in delivering the crucial emotional, spiritual and developmental aspects of care that families need. The emphasis is on innovation, clinical excellence and holistic care means we can care for children and young people with some of the most complex medical needs.

This standard of care costs money - £7 million per year to be precise. With only 10% of income coming from Government and statutory sources, Naomi House & Jacksplace’s are reliant on the support of people like you…

Back in 2011, when Together For Cinema was in its infancy, Naomi House contacted me to discuss the possibility of a cinema room and also helping with some projection in their Hydrotherapy Room. Sadly and for various reasons this didn’t come to anything at the time. With this in mind, and following ‘official’ communication that they received via the Together For Short Lives newsletter, I was delighted to be contacted again at the end of 2014 with further interest in installing a cinema room into a new extension that is due for official opening early in 2016.

Having already completed two previous projects for the Together For Cinema charity it was great to have Iain Brown of Kensington Home Technology waiting in the wings for his next installation. He had recently completed his second cinema room installation at Helen and Douglas House in Oxford, and was keen to jump straight into another children’s hospice cinema installation. My thanks go out to Iain again as the most important part of piecing this together is to have an installer who is not only able but committed to making it happen, and Iain certainly is…

It was early in January 2015 that Iain Brown and I visited Naomi House and it was clear to both of us that we could help them with their desire to have a cinema room.

At the time of the visit the room was only part built and this led to lots of ‘what ifs’ and ‘maybes’ with our planned installation. After some discussion with the Naomi House team and their project manager we devised our best way forward and tentatively planned the installation and what equipment we might require.

With the kit list now defined Iain and I were very confident that we could gather the required products pretty swiftly. As it turned out this was certainly the case and yet again, all manufactures approached were more than willing to help and supply what we required to make the cinema room at Naomi House a reality. With the industry becoming more and more aware of the Together For Cinema work the following brands were more than happy to help:- Arcam, Control4, Current Audio, Dataflow, Epson, Future Automation, Kaleidescape, Middle Atlantic (via RGB), Peerless, Velodyne (via Redline Distribution) and Wyrestorm. All generously stepped up and contributed, helping transform the building site into a wonderful cinema room. A big thank you to all that have helped to create a very special cinema room that will be used and enjoyed by the kids and their families for many years to come...

“We had already carried out two ‘Together for Cinema’ projects and found the whole experience extremely uplifting and gratifying. After this I mentioned to Ian Morrish that we would be happy to look at another installation and Naomi House was ideal in terms of location.

When we first saw the room it was a building site and the final layout and design of the room had not been established. The hospice wanted the room to be multifunctional so whatever we supplied had to be discretely installed but still easy to use for all staff. The high pitched roof provided additional complication. Our first design was scuppered by a major redesign of the AC system which put fan coil units in the wall and ceilings where we had planned to install hardware so we had to redesign...”

“We were absolutely delighted to be chosen as the recipient of a brand new cinema system. The seamless installation took place as children were moving into the newly refurbished hospice, so we now have the high quality audio visual equipment to match our technologically advanced hospice. The cinema sits in a flexible space that doubles as the base for our remembering days and spiritual services, so the sensitive design of the setup is hugely welcome. The children that receive care and support at Naomi House & Jacksplace will enjoy many hours watching their favourite films on the big screen.”

“There were a number of issues during the install process which meant we had to change our design and products a few times. The addition of the TV (as supplied by Naomi House) meant that we had to change to a receiver with dual HDMI outputs. The only problem on the install was that an on-site contractor tried to install the Future Automation bracket and managed to mess it up which meant we had to de-install it and then reset the limits etc. We had to add to the programming to include Xbox and Playstation consoles but everything else went to plan. The room maintains it multifunction capability but is easily transformed into a cinema or gaming room at the touch of a button.

Once again we were happy to take on this project and we continue to be surprised at the generosity of our suppliers. We are booked in for the next one already and would hope to be able to do more after that (as long as the site is close enough for us to be able to support the project going forward).”

Other accessories were donated directly by Kensington Home Technology.

THANK YOU to you all!! …you have all helped create a little bit of magic at Naomi House.

All products and services were sourced, supplied and installed free of any charge. The approximate total cost of the install, including consultation, installation, products and any other associated costs would normally have been in the region of £25,000 for an end user price.

For Together For Cinema this installation is our 14th completed cinema room in a children’s hospice, and  we are now well over half way to our initial target of 25 rooms completed by 2020, this being 50% of the children’s hospices in the Together For Short Lives group. We already have two more lined up for 2016, Julia’s House Hospice in Dorset and Christopher’s Shooting Star Chase in Guildford, and we hope these will both be completed by the end of 2016.

The cinema room at Naomi House Children’s Hospice is another fantastic result, with more great support from the industry to help make it happen. Thanks must go to all involved and particularly Iain Brown of Kensington Home Technology who has again, for his third project, given a huge amount of time up to complete the cinema. Iain’s efforts, and the generosity of all concerned will make a difference to all those that use the room for many years to come. Very simply, the cinema room at Naomi House is another installation our industry can be very proud of. 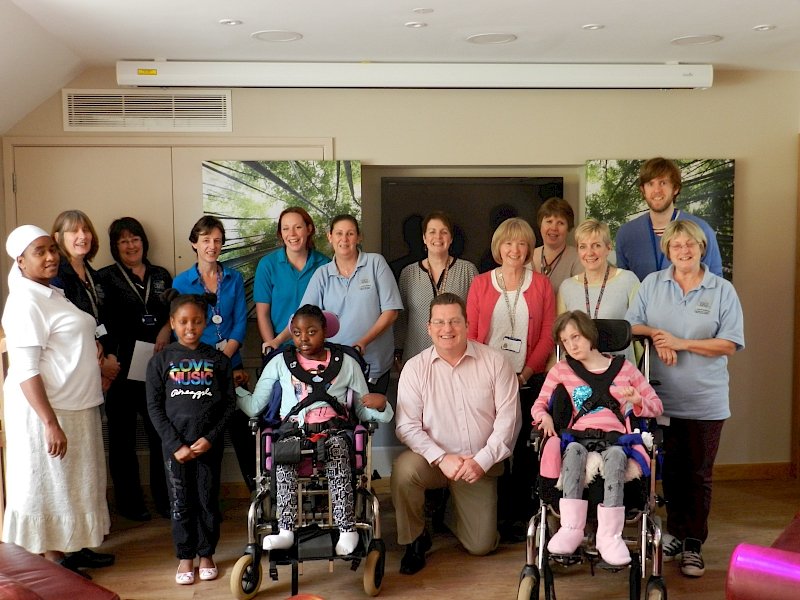 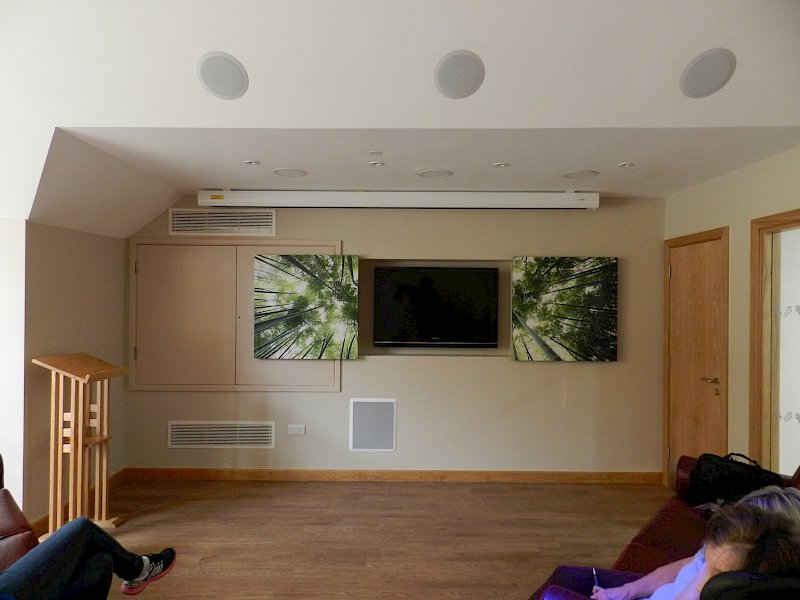